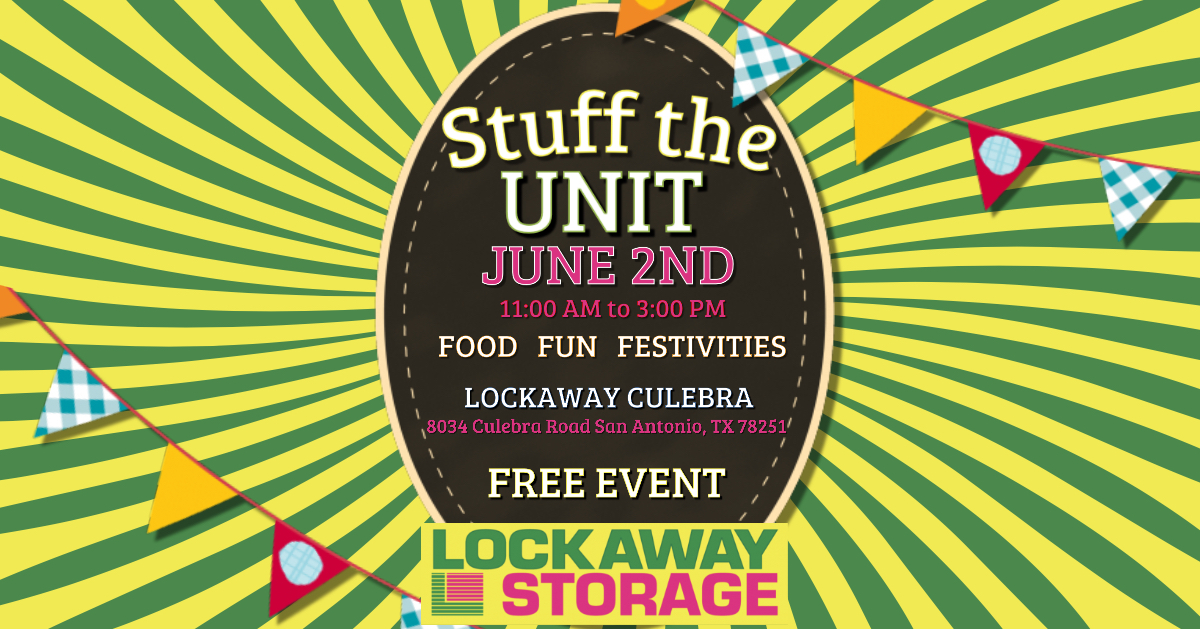 Can you believe we’re almost halfway through this year’s Lockaway Cares Food Drive? With so much support from the community and enthusiasm from each of our facilities, we decided to check with some of the managers and assistant managers to see how much progress they’ve made toward their goal of providing 100,000 meals to the residents of San Antonio, Texas. In addition to this team goal, each facility is also trying to win the distinction of raising the most out of all 30 locations!

Tammye Bridgman, manager at Lockaway Storage on Babcock Road in San Antonio, is an example of one of our most motivated food drive participants. “I’m all about the food drive right now. We were leading the pack until yesterday. But I’m not worried because I know what is ahead, I’m highly competitive.”

This is the second year that we have partnered with the San Antonio Food Bank to raise donations.

For Tammye, seeing CEO Don Clauson’s passion for the food drive has made all the difference in her facility’s performance in the fundraising competition. “I’m much more motivated, because in the past year we were made more aware of how important this is to Don. Also, we had a speaker come out to our team meeting, and she shared some stories that were very inspiring and motivating. Some of us went down and did some volunteer work at the San Antonio Food Bank too. Then we got to see hands on what they were doing.”

What
Stuff the UNIT Event and Donation Drive
When
June 2nd, 2018
Where
Lockaway Storage on Culebra Road
8034 Culebra Rd
San Antonio, TX 78251
Who
Anybody who wants to participate!
Why
Because Lockaway Storage believes in helping those who could use a hand.

Tammye said that her experience at the San Antonio Food Bank made her realize how important their participation in the food drive was. “I saw the rows and rows of empty shelves. There’s a huge need right now, especially for children and senior citizens who are raising their grandkids on a fixed income.”

Their strategy? Reaching out to local businesses. One business made an anonymous cash donation. Another one filled their office with many packages of food.

“We have the office pretty stacked with a few different food items. There’s a whole bunch of cereal, macaroni and cheese, there must have been at least a case for each one of these items, maybe two. The office is basically filled up with all this stuff, so people coming in here are asking about it, which leads to a dollar donation. I think we might be on our way to winning this thing here.”

While Mauricio and his team feel close to victory, they will need to keep a close eye on the numbers as other facilities continue to think of new ways to up their fundraising game.

Corey Harvey, manager of Lockaway Storage-Woodlake in San Antonio, said they weren’t getting as many food donations, “…but we’ve gotten a pretty good amount of people with payments. After I sent out a mass email out to all of our customers, I got quite a few calls. It’s not as good as it was last year so far, but it’s starting to pick up a little bit.” 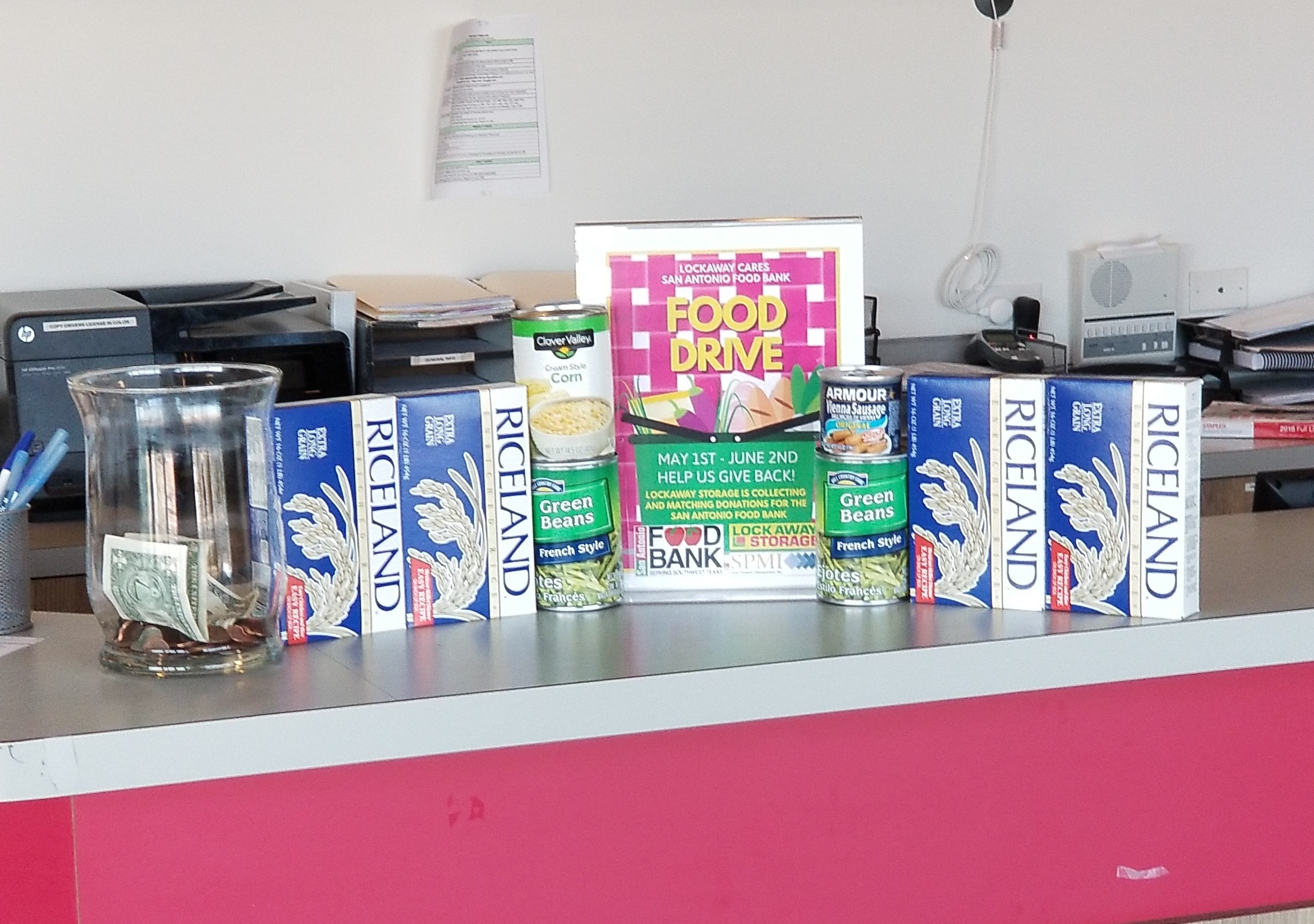 Donations are coming in at Lockaway Storage locations around San Antonio.

Even with growing donations, Corey said that he wishes he could do a lot more, “I wish I could get a lot more people involved. I wish it would go a little bit longer that way we could get more donations in, but we have to have everything ready for when the kids get out of school.”

“At Shaenfield, we do U-Hauls, so we have a lot of walk-in customers. The good thing is that a lot of them are already moving, which means they are wanting to move less stuff, so they’ll come in and bring canned food they would otherwise have had to move.”

A dollar donation can provide seven meals, so it’s understandable why facilities are encouraging their communities to make cash donations in addition to individual food items.

Of course we love the competitive nature that is helping to reach that goal, so don’t forget that the Stuff the Unit event is happening on June 2nd at Lockaway Storage on Culebra Road! The event is open to the public and all facilities attending will gain extra points for attending and donations made that day!

Tammye, who said she will definitely be there, said it will be a day full of excitement, “Because you might think you’re leading, and then at the event, somebody could show up bringing a lot of food, so who knows what is going to happen in the end!”