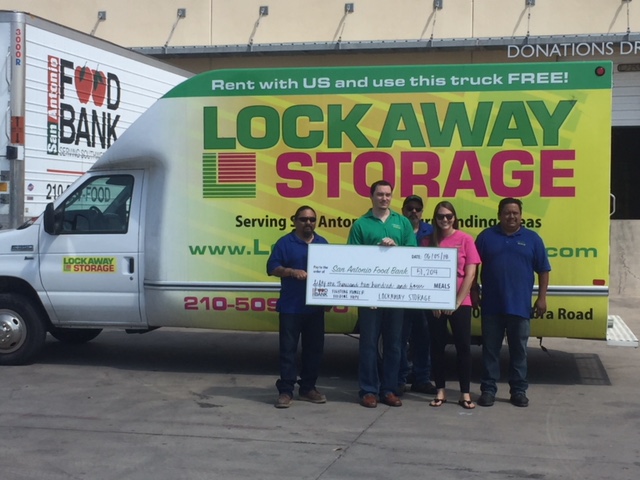 Capping off their month-long food drive, Lockaway Storage team members from across San Antonio rallied together at the Culebra Road location for the second annual Stuff The UNIT Event on June 2nd.

After a successful month of raising money and food donations for the San Antonio Food Bank, the final push was about more than winning a prize for the most donations raised. The competition between the districts lead to the biggest donation to date from Lockaway Storage, nearly doubling last year’s donation and providing more than 50,000 meals for San Antonio’s residents who are most in need of food.

Saying it was a hot day at Lockaway Storage on Culebra Road during the Stuff the Unit event would be an understatement. It was scorching! The high temperature according to the local weather report was 103 degrees.

Thank you to our self storage professionals who made it to the event and were able to smile cheerfully, hold signs by the road, and make this event great despite the blazing elements!

While the weather may have encouraged some folks to stay in the air conditioning of their home or work, there were plenty of others in the community that were prepared to make donations.

Chris Laswell, Lockaway Storage Manager on Culebra Road, said he was satisfied with the turnout, “There were definitely people stopping by dropping off cans. There was a bounce house, music playing and corn hole. Everybody was really enjoying themselves even though the weather was hot.”

One particular guest that made an appearance was none other than The San Antonio Missions’ mascot, Ballapeno the jalapeno! Ballapeno bee-bopped around the facility where he greeted fans and even played a few games of corn hole. 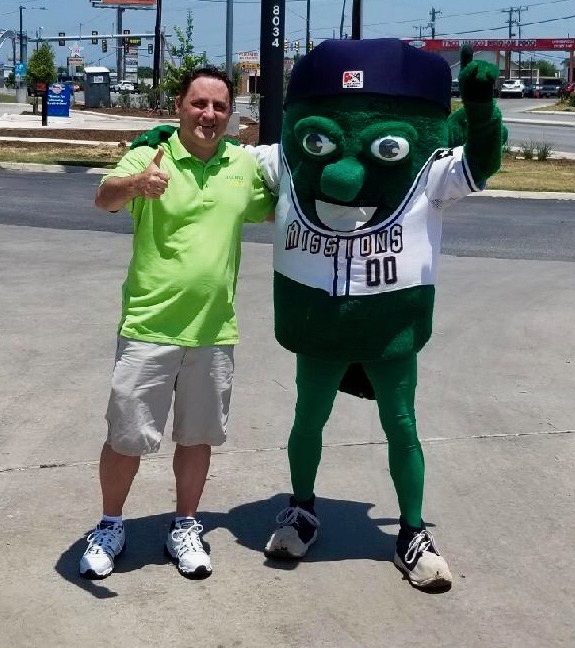 “Everybody was chipping in! Even the Missions’ mascot stopped by and was out there in the heat for a little bit,” Chris said in disbelief. “Ballapeno gave us some free tickets to hand out too!”

All Hands on Deck

All of the team members who attended truly played a critical role in the success of the event. Macie Duncan, new mother and assistant manager at Lockaway Storage at 8223 W Loop 1604 N, arrived early with her sweet baby strapped securely to her torso.

While Macie knew that she wouldn’t be able to help out like she had the previous year, she made sure she was able to contribute in a different way.

“I wanted to show my support to the team and show that Shaenfield was there. With me having a baby, I was worried about people not providing baby stuff. Babies need to eat too,” Macie said. “Not too many people provided us with that sort of thing at our location so I went out and got some baby food and brought it to the event. It’s a surreal feeling as a mom knowing that that could be my child in need. With school being out, they don’t have the funds to feed the kids. It’s not something that can be taken lightly.”

"Other parents brought their children to participate in the event as well." Macie said Amy Medrano, San Antonio District Manager at Lockaway Storage, was accompanied by her two daughters as they went door to door for donations.

“They walked to the gas station next door. Some people bought food from the gas station and donated it to us,” Macie said. “Then they got some donations from other local business. One of her daughters collected $62 dollars just from doing that.”

As the day wore on, donations continued to come in and so did customers and surrounding community members looking for the source of the savory smells of hamburgers and hotdogs coming from the grill. Danny Rios, who is part of the Lockaway Storage janitorial team, was a real team player that day as tended to the meat on the grill while standing on the seemingly even hotter pavement.

Danny helped keep the team well fed as they held signs while dancing by the roadside and even on top of a container unit to help promote the event. Everyone played hard and gave it their all, so by the end of the day it was no surprise that everyone was pretty wiped.

Despite this, the team dug deep and loaded a truck with all of the donations they had collected and drove it to the San Antonio Food bank.

After doing the customary “weigh-in” at the Food Bank to determine how many meals these numbers translated to, it turns out that the Lockaway Storage San Antonio districts were able to donate 51,204 meals in total!

Everyone was ecstatic to learn that they had almost doubled their meal total from the previous year! However, they also wanted to know which team ended up collecting the most donations. The biggest contributor and winner of the most donations went to Chris Laswell and Mauricio Contreras of Lockaway Storage on Culebra road.

So how did they do it? Part of the Culebra team’s success came down to encouraging cash donations first, then filling their barrels with food items.

“I know that cash donations alone at our location were around $1500. I was just trying to hit $1000 so anything over that I wasn’t paying attention to,” Chris said surprised. “When it came to barrels, I just focused on filling up a couple barrels, so being the winner is pretty cool!”

Ashley confirmed that Culebra had won the company competition, and talked about the other teams that came very close winning too.

“Chris did get the most donations, and then Tammye Bridgman at Lockaway Storage Babcock was close behind. Then Cory Harvey at Lockaway Storage Woodlake followed them with some great numbers,” Ashley said. “They were all on different district manager teams, so we sort of pitted everyone against each other which was a lot of fun and I think they enjoyed it.”

What it Means to Win

With a little friendly competition in place you never know what might happen. In this case though, it is plain to see that the true winner of all of this was the San Antonio community.

With such a need for assistance here, Ashley admits that she has a hard time not crying when talking about the San Antonio Food Bank because of her experience working with them and learning about the good they do in San Antonio.

“You know, I kind of assumed they collected food and handed it out, which they do, but they also have so many other programs that they are in charge of. They have farming land because their goal is to have 50% perishable food with everything that they give,” she said. “They also have hydroponics for growing, chickens, and goats. They even have a free program where you can sign up to learn kitchen skills, so you can get a job in food service. I mean, they do so many cool things, and their goal is not just to hand out meals but to help make people’s lives better.”

Ashley’s passion for this cause is deeply shared by her peers. In a team meeting about the food drive, Ashley said some team members opened up about their own experience growing up in times of hardship with little to no food. With strong motivations for wanting to help and give back to the San Antonio community, it’s no surprise that the overall San Antonio Food Drive and the Stuff the UNIT Event were so successful.

Ashley is confident that the company will participate again next year, and for good reason.

“I think it’s something that’s really important to our company and it’s a cause that our company has dived head first into. Our CEO, Don Clauson, is very passionate about it, so I think that we’ll be doing this every year.”

We certainly hope so! We know that each facility team is already looking for new strategies for next year, so they can not only win the top prize, but also do the most good. In closing, we’ll leave you with a quote from Chris when asked what “competing” in the food drive meant to him:

“My whole thing was, regardless if there was a competition going on, to see people that are hungry and do things that other people don’t typically do. We all got together and made a little difference. You know one person doing a little thing can make an impact, but then when everyone came together and saw the amount of what we did, it is really impressive.” 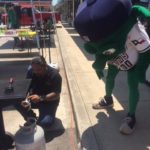 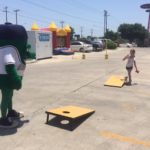 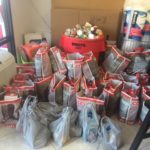 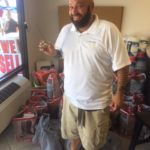 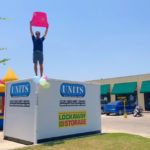 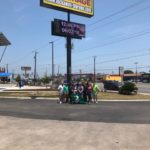 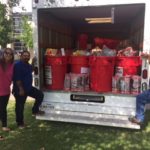 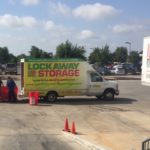 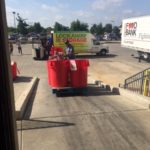 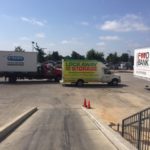 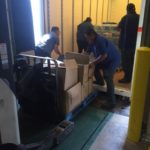 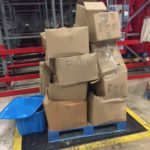 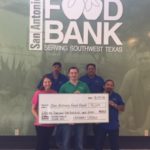