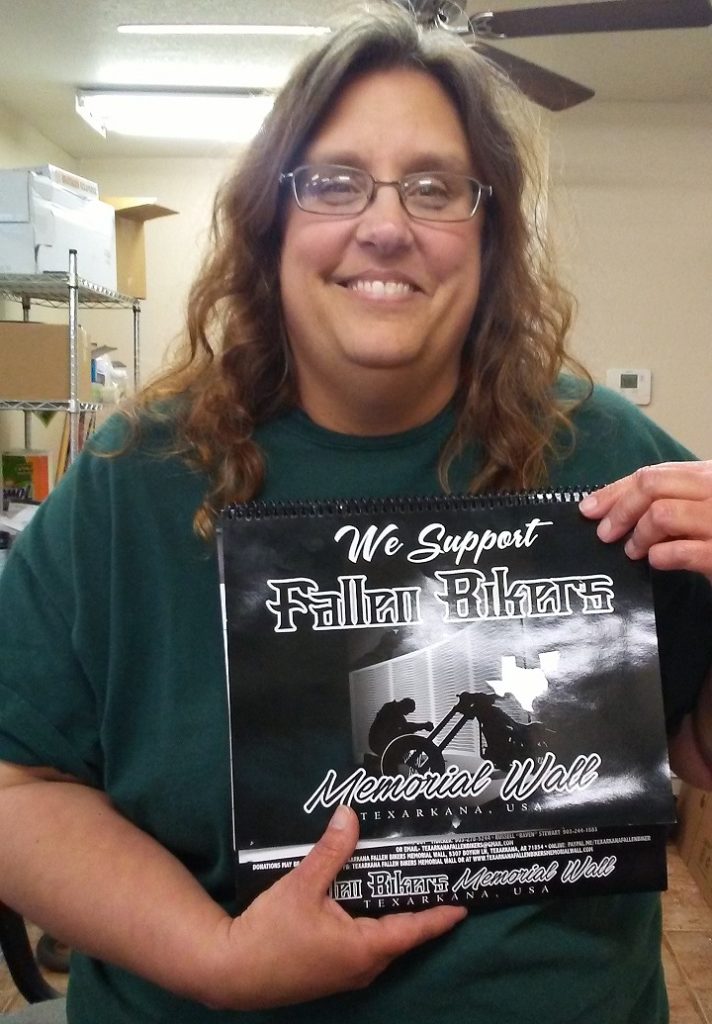 It has been almost a year since we talked to the Texarkana Fallen Bikers Memorial Wall founders, Mike Thacker and Russell “Raven” Stewart. In that time, the organization has seen exceptional growth and support from the Texarkana community.

The non-profit organization bought 16.26 acres of land on South Stateline last year. Raven thanks Lockaway Storage for sponsoring a month on their calendar, which he says covered one month’s land payment. With that money, he says they were able to hire someone to cut out the underbrush on the property and mulch out some of the trails that will lead to smaller memorial walls away from the main memorial wall.

“You do not have to be killed on a motorcycle to be a part of this memorial park. There will be a wall that is specifically for that. But the other walls on the memorial trails that will be for anybody and everybody. If you have a loved one, you can put them up there.”

While they are getting closer to reaching their goal of building a memorial park where people can come and reflect on their loved ones, Raven says that they have an even bigger project ahead.

“When all is said and done, it’s going to be something that we release to the public as a 1000 seated amphitheater, It’s going to have a commercial cook shack, restrooms, and parking lot designed to accommodate about 1000 people. We realize this is a long term project, and we started with nothing literally, but the lord has blessed us and blessed us.”

As a Christian organization, Raven says he wants the public to know that they are not just “A bunch of outlaw hoodlums trying to put a wall up in a pasture” and that their memorial park is going to be on the registry of tourism for Texarkana.

“There are three of these in the United States, these memorial parks, and ours will be the fourth. With that being said, it’s going to really be cool and it is taking shape. I wish we had the funds to just get in there and develop it in a year or two. Also, our long-term objective is to set up this park to be pretty much maintenance free.”

At 57, Raven has three adult children with nine grandchildren total. “All of my kids are involved in this, so we want to be able to leave it in a manner that our kids and our grand-kids will be taking their families there,” he says.

Raven says that his unbridled enthusiasm and optimism for the project keeps building, but knows that everyone involved, including himself, will have to pace themselves in order for the organization to succeed in their mission.

“It’s all coming together, it’s just a long term project. We all have full time jobs and a lot of us run businesses, so we are kind of handicapped in a sense. But, the more people that are involved, the quicker the objective will be achieved.” 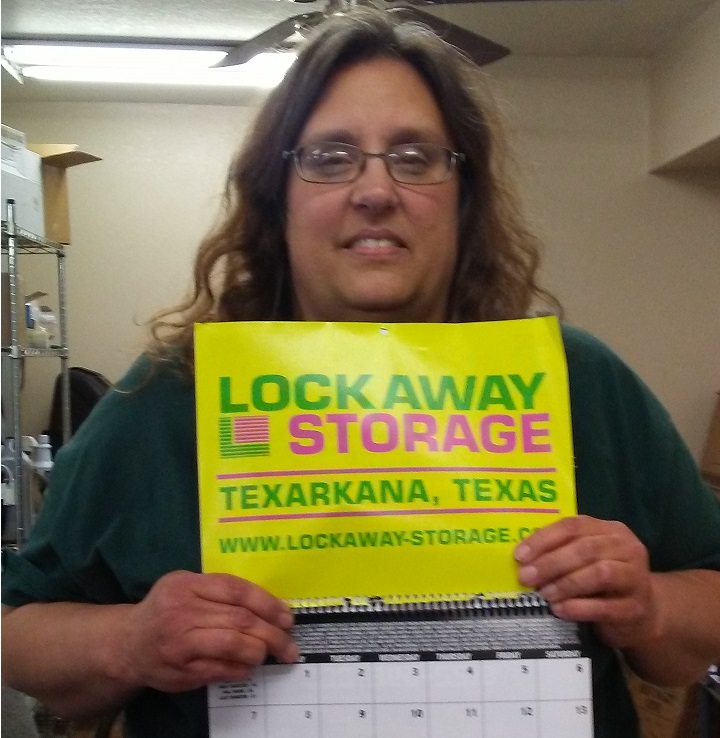 More people are getting involved than ever. Contributions from local businesses and individuals in the community have helped the non-profit achieve their goals. Lauren Cook, Facility Manager at Lockaway Storage on New Boston Road, described how Lockaway Storage became involved, “He (Raven) actually kind of showed up and asked we might be interested in being a sponsor. They said whenever they had something going on they would put our banner out.

“So we jumped on that. And of course anybody who rides a motorcycle, there’s always that possibility, that something could happen to you. It just kinda seemed like a nice place to help out.”

Lauren says that she talks to Raven all the time, and that she is proud that Lockaway is supportive of the partnership. “I think that it encourages other people to get involved in things that they aren’t necessarily in. I just thought it was a neat gesture.”

Not only does Lockaway Storage help sponsor various events throughout the year on their calendar, Lauren says that their location has a dedicated space for them at their facility. “We have a storage building for them. They do all of their fundraisers and things, so we let them keep their supplies like tables, booths, and everything they need there.”

Raven says that having the space donated to the cause is invaluable, “We appreciate the storage facility because now we are really able to keep everything consolidated into one building which is a blessing and we do thank you all tremendously.”

How the organization is growing

With a new location for their biggest event, other organizations asking to partner up for future events, and increase in community involvement, Raven has good reason to be optimistic.

“This year we have more people involved than we had last year. We recently had a benefit a the Moose Lodge, and that raised about 4,000 dollars,” he says. “We have another organization called the Brother’s Keepers Motorcycle Club, who are an ex-firefighters motorcycle club. They want to do a mud track where people run an obstacle course in the mud. They did one last year and it raised about 35,000 dollars over a weekend.”

The resounding support for the cause continued when The Texarkana Fallen Bikers Memorial Wall’s annual fundraiser, which had been held at the Four States Fair and Rodeo in previous years, found a new home this year. “The city, when they saw how serious we were, asked us if we could set up downtown during the 3rd Annual Benefit Fundraiser at Front Street Festival Plaza,” Raven says.

Being asked to be a part of the festival means that money they would normally be spending on booth fees and security at the Fairgrounds saves the non-profit around 5,000 dollars Raven says.

With the additional funds available, Raven says that they will be incorporating the first ever RUN FOR THE WALL 5k,10k, and children’s run into the fundraiser June 23rd. “It’s going to go from Downtown, then over to our property, then they’ll run back to the Downtown; and then the festivities and things will start.”

Tickets for the festivities after the run are $15, and registered runners will receive free admission. Raven is expecting a large turnout and is getting prepared for an exciting day “My wife is getting vendors in order, but we’ve had a lot of people donating their items. We are preparing barbecue plates for about 1000 people. We have bands, bounce houses and water-slides for the kids, a live auction and more.”

Race registration starts at 7:00 AM and the race will start at 7:30 AM. For more information on registration and fees visit the event website or call/message this number (903) 748-4578.

Lockaway Storage is proud to be a supporter of the Texarkana Fallen Bikers Memorial Wall, and we hope that everyone who reads this is able to make it out to the RUN FOR THE WALL and enjoy the festivities afterwards! We hope our involvement will encourage others to donate to this worthy cause that seeks to honor a special part of the culture in the Texarkana community.