Lockaway Storage is a proud supporter of the United States Armed Forces, and we asked our team members what Veteran’s Day means to them. 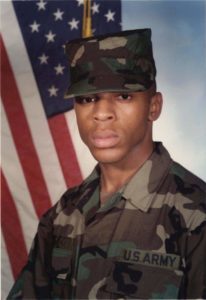 Having served this country for 6 years honorably, Veteran’s Day is the one day that we honor those that sacrificed everything for the freedoms that are so take for granted! Each year we rise to salute both their patriotism and their continued sacrifices. I am scheduled to do a podcast with a very popular veteran that is seeking to find additional ways to support those that arrive home broken and unstable in both their physical and mental status. My message is and has always been that providing shelter and a hot meal are only the first steps in our recovery. It is during those moments when we’re all alone with our thoughts, memories and disabilities, when the need to have someone present that understands our situation is most required! 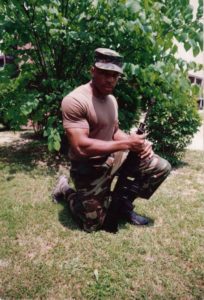 I am proposing/ suggesting more a barracks style shelter arrangement, that allows constant interactions with others that share the bonds of brotherhood, built by serving, protecting and having each other’s backs. This, as well as so many other topics shall be discussed and I am proud to attend and offer advice that may benefit so many wounded by the haunts of wars.

I thank you for your time, but most importantly for bringing both attention and appreciation to those that sacrificed it all, so that so many others shall never have to! 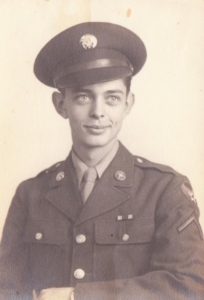 I always honor my Dad on Veterans Day, truly one of the “Greatest Generation”!

He convinced my grandmother to lie about his age to the draft board so he could enlist in Wichita Falls, TX. He use to tell people “I only went through the 11th grade,” since back in the 30’s & 40’s that was the top grade in high school in Texas.

U.S. Army Air Corps stationed “Somewhere in England” as the letters were addressed back then. Crashed taking off from Paris returning to England. Said he he was flying gas to Patton. Of the 7 on board, he and two others survived the crash. He said when he came to, a German POW pulled him out of the wreckage and he was taken to a field hospital staffed with doctors from Spain and Poland. Using his limited Spanish he shouted “Alto” to stop them from putting him under – he wanted to know if they were going to cut off his badly damaged leg. It was saved after 13 months in traction. He died in 1995 at the age of 72. 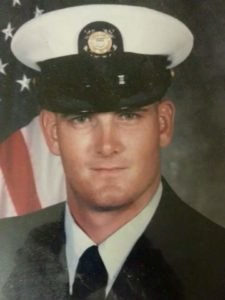 Growing up with my dad being in the Coast Guard had a lot to do with my childhood. I remember going with him on the boats and to the office. One of the many boats he was on was the Coast Guard Cutter Knight Island, he was a Machinery Technician, Third Class. He also did law enforcement along with search and rescue. He was often gone a lot, so it was just me, my mom, and my brother. Even though he isn’t in the Coast Guard anymore he still shows such pride and commitment, he misses it every day. I do appreciate him choosing to do that every day even when he had me and my brother, he still chose to look after his country. 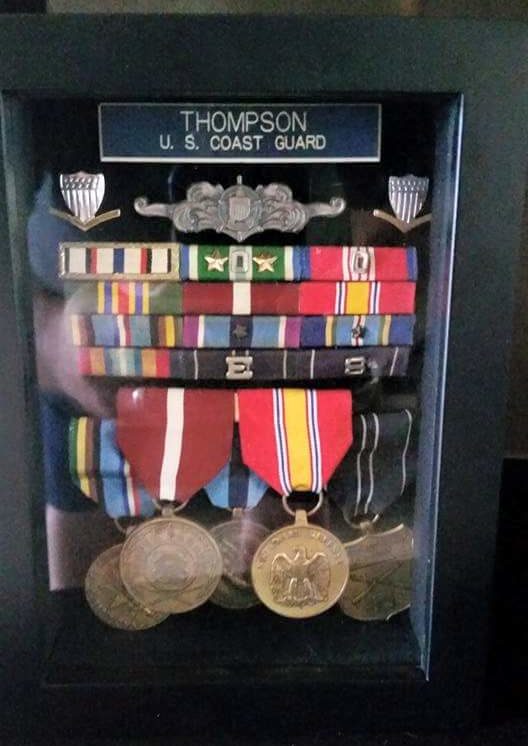