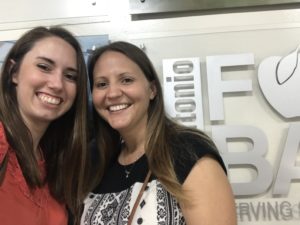 This year, Lockaway Storage took big steps to join other local businesses as well as national chains like Starbucks, HEB and What-a-Burger to help fight hunger in San Antonio even more. The San Antonio Food Bank raised more than 65 million pounds of food last year and provided more than 9 million meals this summer alone. Many of these summer meals are provided to children who are not receiving breakfast and lunch from public schools due to summer break. 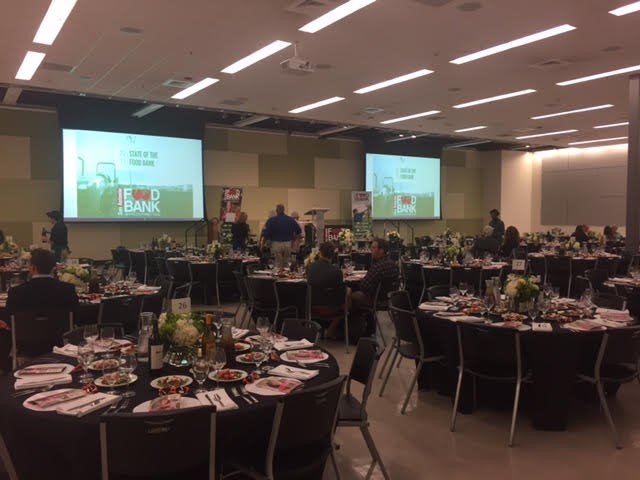 The dining room at the San Antonio Food Bank dinner. Representatives from both local and national businesses were present.

More than a food pantry, the SA Food Bank is a modern community support center that includes a cooking school where students can earn professional culinary certificates, mobile food banks to service food deserts, and a 20-acre farm that houses chickens, goats, and sheep. The SA Food Bank’s goal is to make sure at least 50% of food given to the community is perishable. This encourages a balanced diet and a healthier community.

“I hadn’t actually been down to the food bank before. It’s a huge building and it wasn’t what I was expecting,” said San Antonio team member Ashley Montessoro. “…[The amount of food they raised last year] was equal to a semi truck dropping off a full trailer of food every hour. It’s really amazing what happens there.” 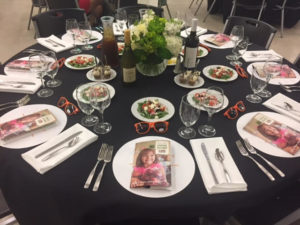 Lockaway Storage’s partnership with the food bank has grown by leaps and bounds during the last three years. As a result, Ashley has volunteered to head next year’s summer food drive. There are plans to organize the Lockaway team for a volunteer day at the food bank to kick off the month-long campaign in either April or May.

Community businesses who wish to partner with Lockaway Storage during next year’s food drive are encouraged to speak with our San Antonio area facility managers. There are many ways to support our food drive, so don’t hesitate to get creative!

The food bank is also planning to open a new branch in New Braunfels, where Lockaway Storage also has locations nearby. Every Lockaway Storage location will be a donation drop off point next year.

Thanks again to the San Antonio Food Bank for letting us help the community in such an important way. It’s important to our organization to support the communities where we operate and as a San Antonio company, we are honored to give back to the city we call home.