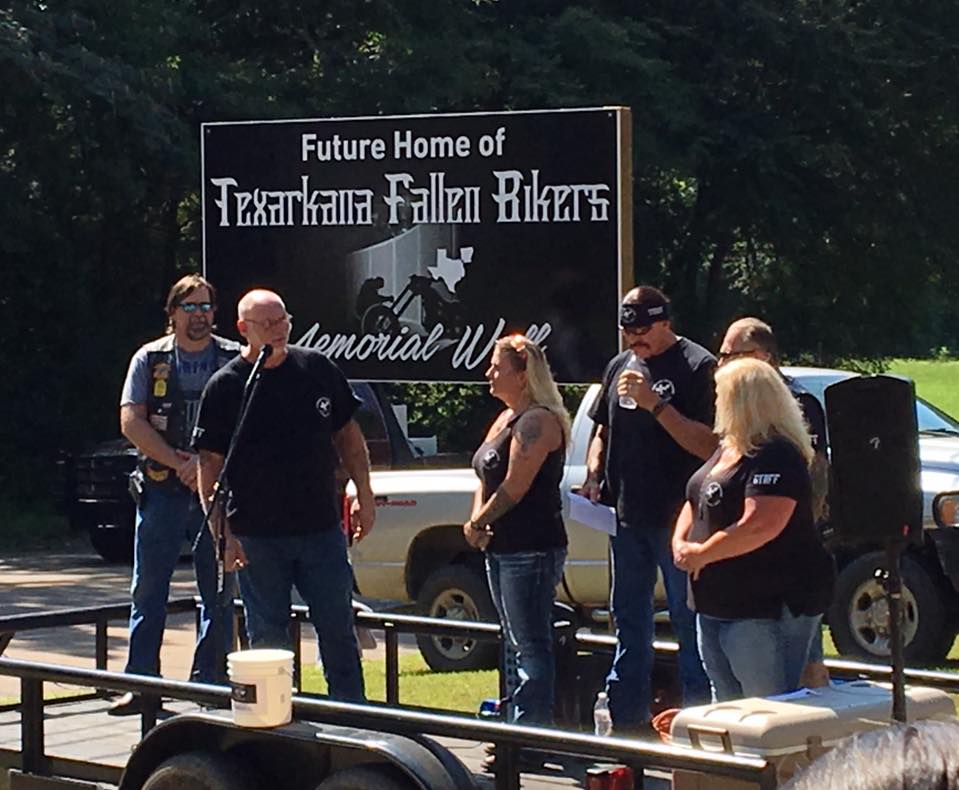 Members of the Texarkana Fallen Bikers Memorial Wall gather during the summer.

According to Mike Thacker, Co-Founder of the Texarkana Fallen Bikers Memorial Wall, everyone in Texarkana, TX, knows or is related to someone who has been killed while riding a motorcycle. Mike, along with other bikers in the area, wanted to do something to memorialize those who have lost their lives while riding.

“I guess it was about a year after my brother’s funeral, one of the brothers, he’s an associate preacher at the biker church, got killed in a wreck. After that we formed an organization and called all the groups in town, all the motorcycle ministries, all the motorcycle clubs and put a committee together and started this,” Mike said. “We’ve done a lot in the last two years. We’re getting a lot of help from community organizations like Lockaway Storage. I never dreamed we could go this far this quick. It’s a big thing. There are a lot of people wanting their family’s name on that wall. We’re working hard to try and accomplish it.”

Accidents are common along the Texarkana’s highways and byways. It seems old methods of awareness and prevention don’t work as well as they used to. Raven, Co-Founder along with Mike, says that the “Look twice, save a life.” campaign many years ago was successful, but that now people are too used to the signs and don’t give them a second thought. 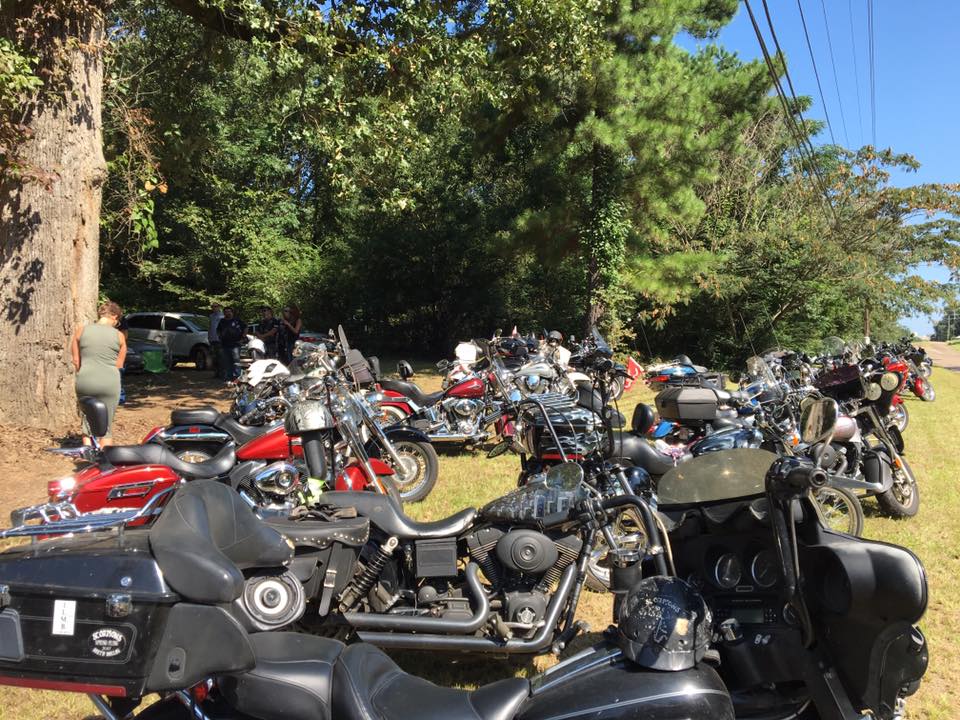 The organization has purchased more than 16 acres in Texarkana and is in the process of clearing land for a park to house the memorial wall. The Texarkana Fallen Bikers Memorial Wall is a 501c3 and their projects are being funded completely by donations raised at fundraisers, including their annual May auction and weekend bar-b-ques.

“We wanted to do something to create motorcycle awareness, because there’re too many people being run over around here,” Raven said. “Until Lockaway donated the storage unit, me and my wife were toting around t-shirts, hoodies. We have totes of stuff that we were carrying from our garage and storage building, but now that we have a unit, we keep everything over there and several people have a key and it’s just majorly convenient. We appreciate it very much and might have to ask y’all for another storage unit if we keep growing like we are!”

Thank you to the Texarkana Fallen Bikers Memorial Wall for letting us pitch in by providing storage space and monetary donations for the park they’re building. We know the community will appreciate this thoughtful act for years to come.